In September, I paid a visit to Bernard, F6GYH. Bernard lives in Fayl-Billot, which is about 15 minutes of driving from my French QTH.

His location is excellent for VHF and up, because he has nearly 360 degrees unobstructed sight. Even with a tower of modest height, his antennas have a clear view to the horizon. He told me that he is mostly active on 2 metres, 70 centimetres and 23 centimetres. The HF bands are used very sporadically.

F6GYH is mainly active with CW, SSB and ATV. He showed me his tower and antennas and it certainly is impressive what he put up. Arrays of 4 yagis for each band and even two arrays for 23 centimetres, one centred around 1255 MHz (ATV) and the other around 1296 MHz (SSB/CW).

F6GYH antennas – notice the carriage to lift the antennas

Much equipment is home made and Bernard definitely is a “real” amateur. He told me that he has been retired for nearly 30 years now. He was a train driver and at the time, retiring at 50 was obligatory. So he nears 80 now but if I had to guess, I would estimate him close to my age (64). Bernard exercises quite a bit, like long walks in the forest on Monday afternoon every week and gymnastics as well. I certainly should follow his example, because professionally, my work is 90% sitting at a desk and that is obviously not very healthy. 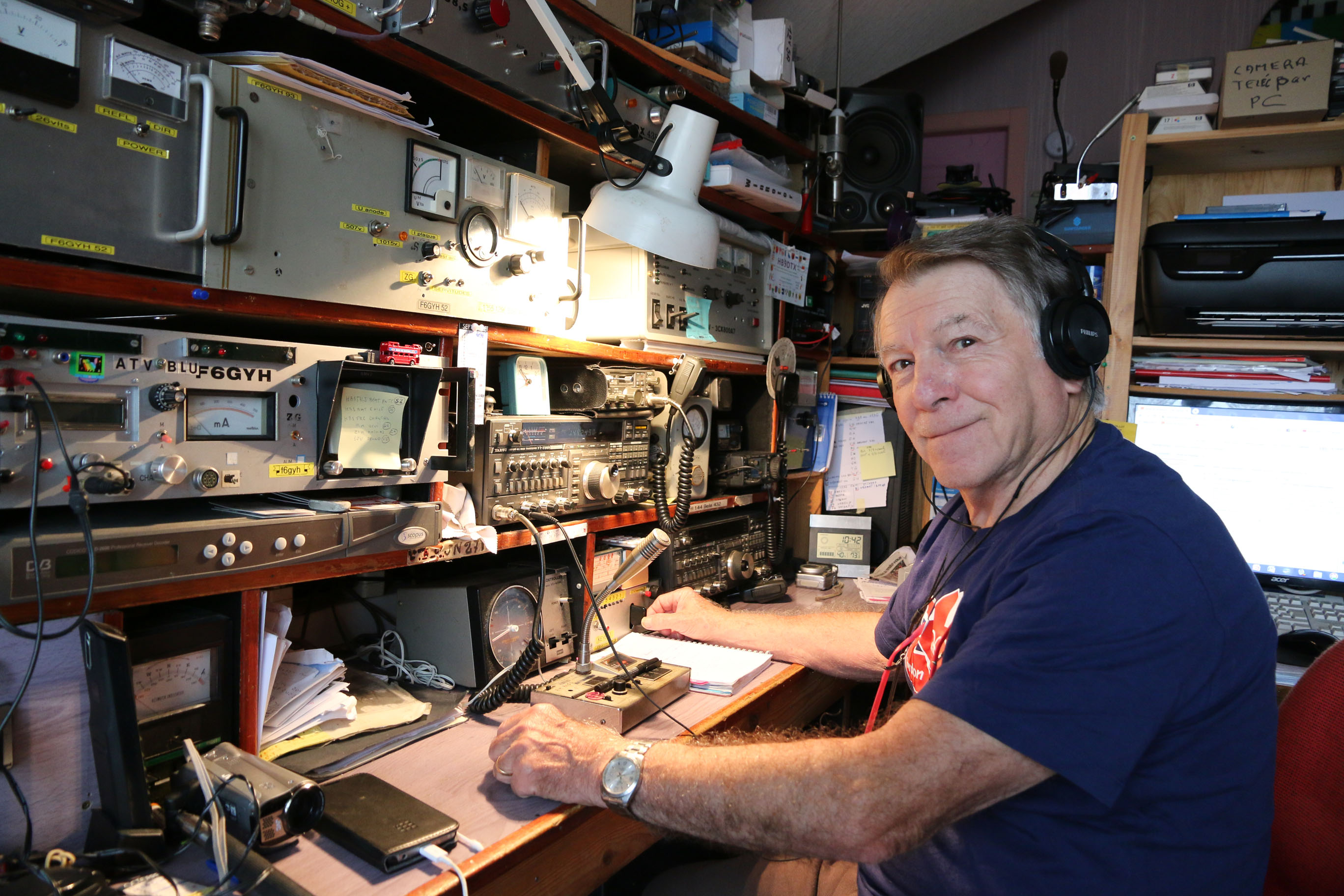 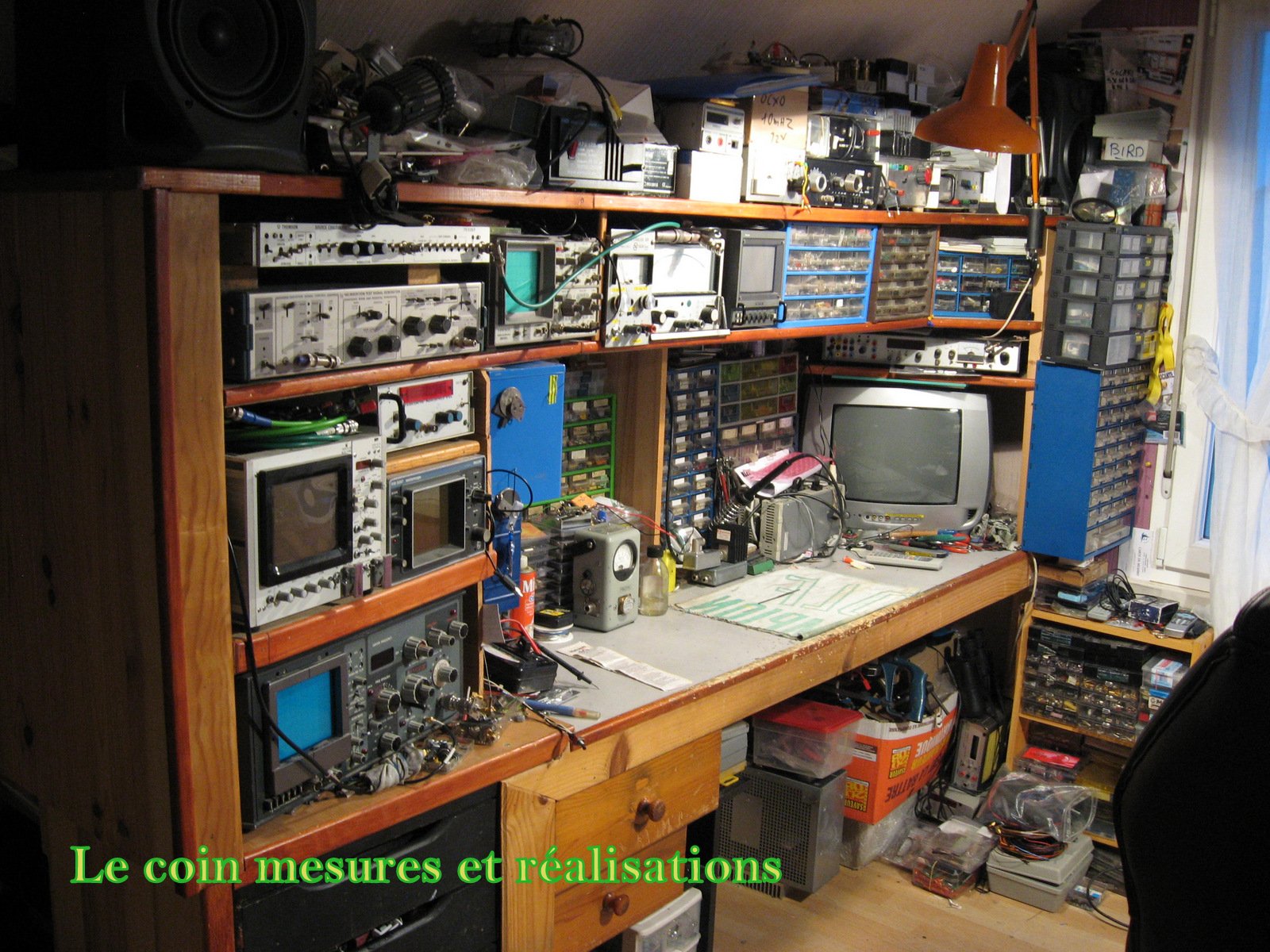 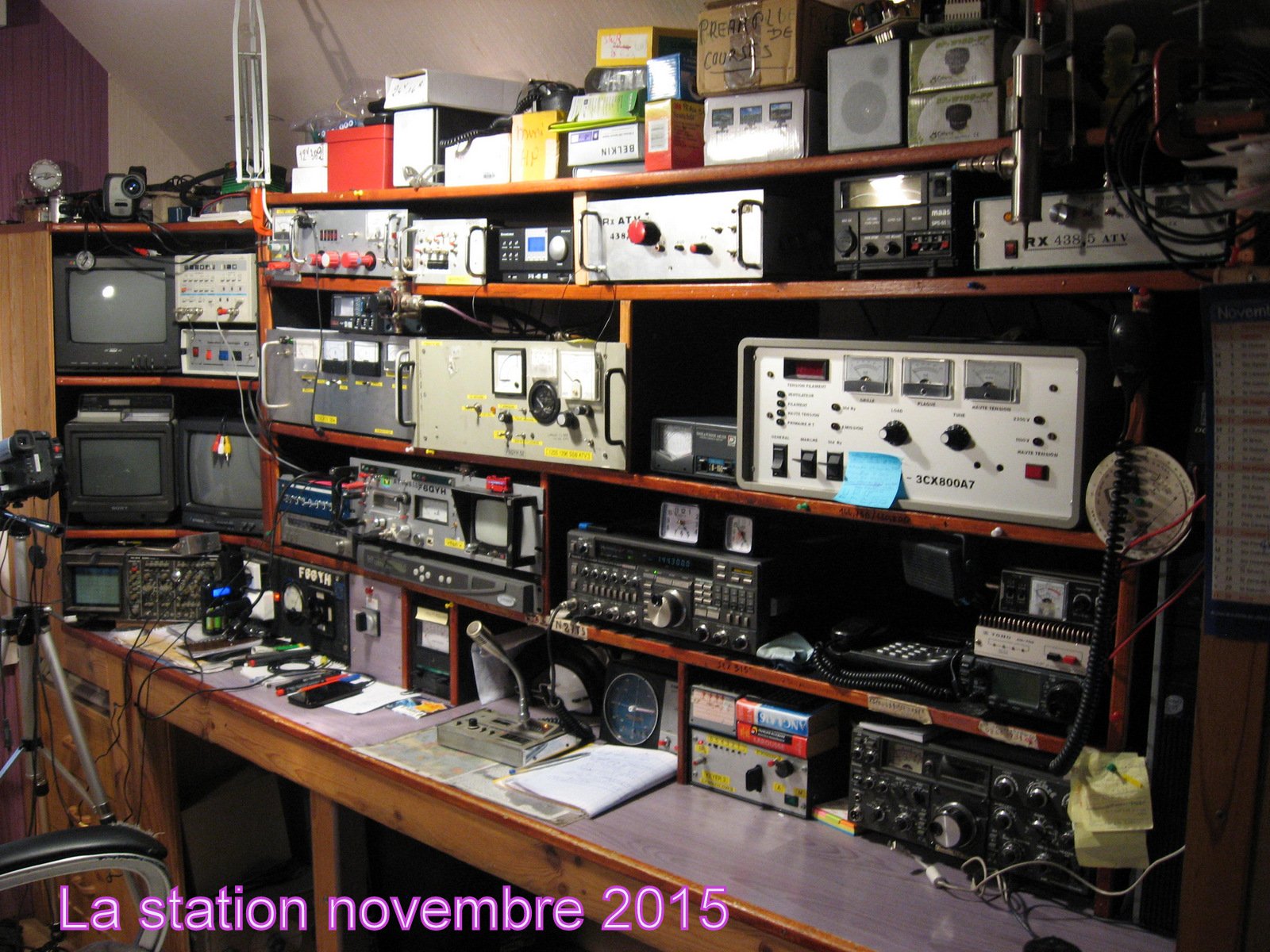 First Swiss awards issued to F6GYF
Recently, Bernard was awarded the Helvetia 26 Diplom, as well as the Switzerland VHF award. He was the first amateur to obtain the awards, numbered 001. All 26 Kantons (counties) were contacted on VHF (144 MHz) and the Switzerland VHF award was issued because F6GYH made contacts on 434 and 1296 MHz with stations in 14 different Kantons. An outstanding performance! Remember that Switzerland is not a flat country like The Netherlands and some Kantons are really very difficult to reach, simply because high mountains (some well over 3000 metres) obstruct the airwaves. Bernard told me that it was not at all easy. Most contest stations operate from the same sites every time, so at a point, you do not add new ones. It thus took a lot of perseverance to complete contacts with all 26.

Getting #26 was remarkable
To get the final one, Bernard made a sked with the contest station HB9RF and succeeded to make the contact, about two hours before the start of the contest. Not much later however, a horrendous storm came up and took down the tower of the contest station. The QSO with F6GYH was the last QSO that HB9RF made that weekend. 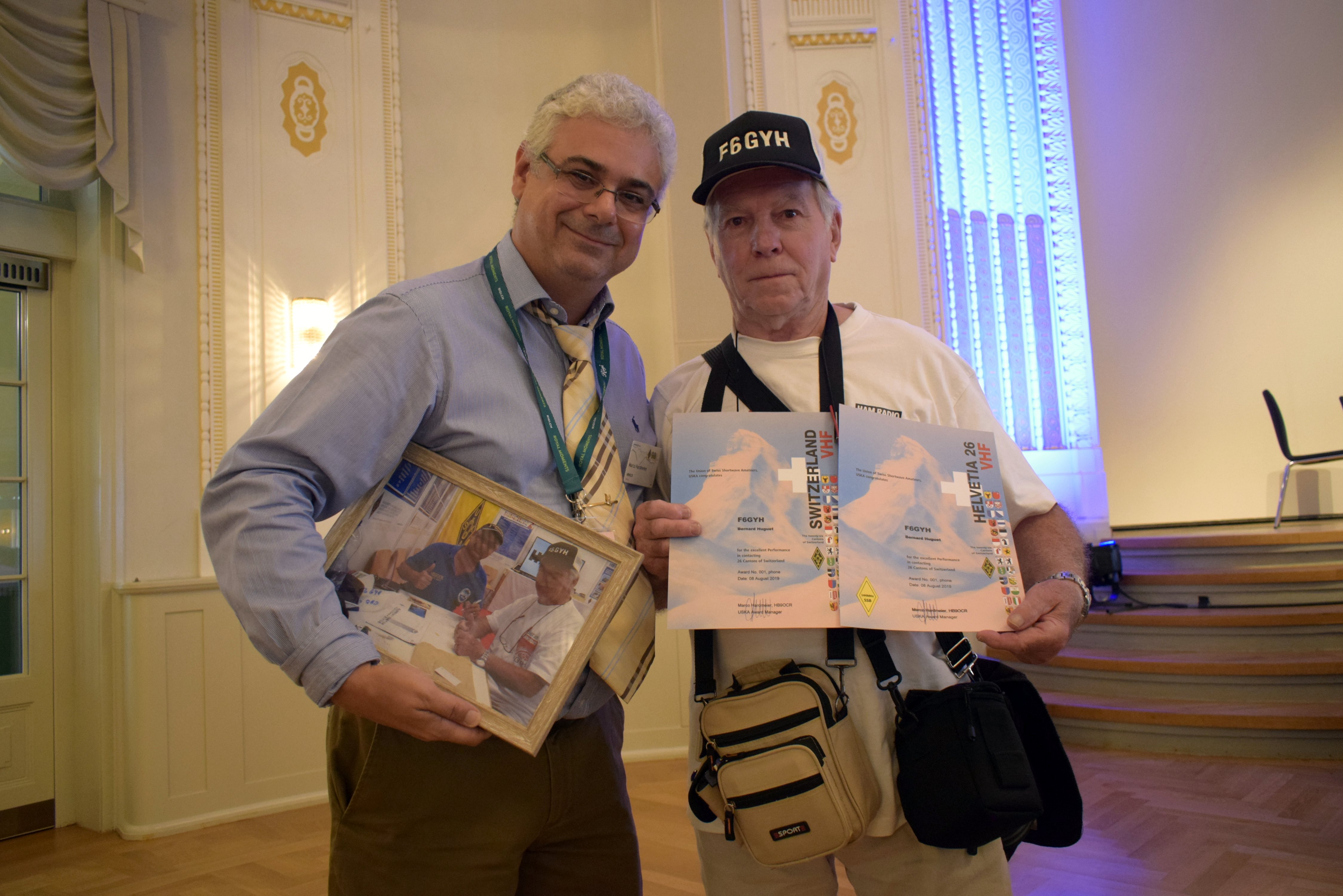 During the 2019 Hamfest in Zug (Switzerland), Bernard received the awards out of the hands of HB9OCR.

Bernard likes to build various things. He showed me antenna couplers with 2 and 4 ports. Certainly very well made, not only electrically but also mechanically. Built to last.

Thanks very much for your hospitality Bernard and certainly look forward to a next visit!