This weekend, the VLF station in Grimeton was having an Alexanderson day. On Sunday June 30th, two transmissions were announced.

Although I read about the station several times and watched various YouTube videos, I never tried reception myself. On Saturday, I tested a number of wire antennas that were connected to a USB sound interface, running Spectrum Lab for reception, hoping that it would work. Some VLF stations could be heard and I knew that it was receiving. But was it good enough for SAQ?

About half past 10 local time, the live video showed the operators switching on the transmitter. After a few minutes of hearing just noise, I checked the Twenthe web SDR and confirmed that SAQ was indeed transmitting. A bit disappointing, but I suspected that local man made noise could blanket the signal, which it did.

Afternoon transmission
Luckily, a second chance was coming later that day. In the past, I tried a loop/coil antenna for VLF and about 100 metres of wire was wound around a little frame that was to be put into an aluminium case. The case shields electric fields and that helped to improve reception, I remembered.

The coil was put into the case and a BNC feedtrough part was used to connect a coax cable to the “antenna case”. The laptop was put on a garden table and the antenna was placed next to the pool. 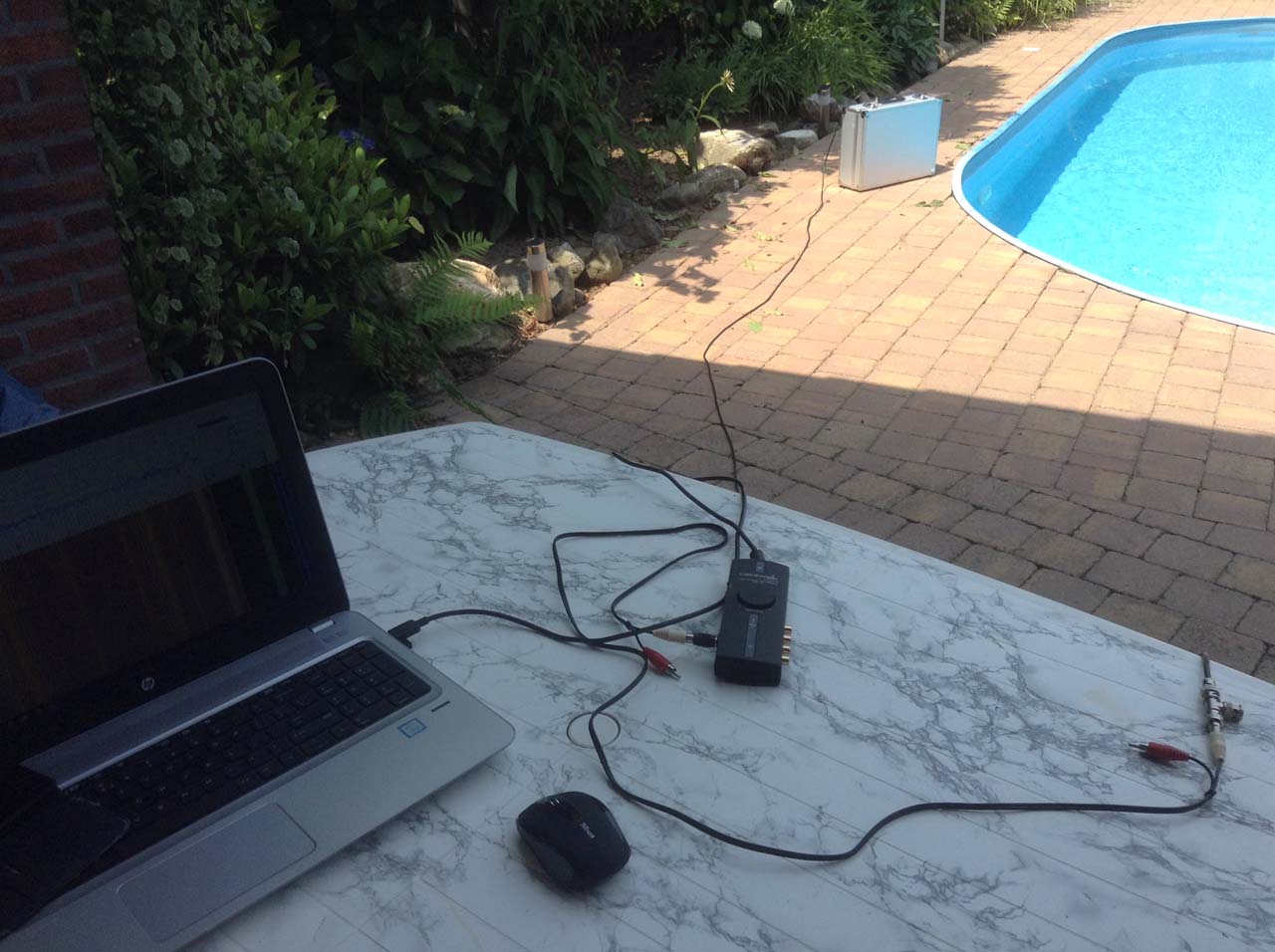 It was working! Although reception was somewhat less good than the Twenthe SDR, readability was good and the message could be copied without a problem.

Here is a recording, started just before 12.00 UTC.

There is definitely room for improvement. Man made noise is a huge problem and using a computer as SDR is not a very good choice. The spectogram shows the noise around the receive frequency. 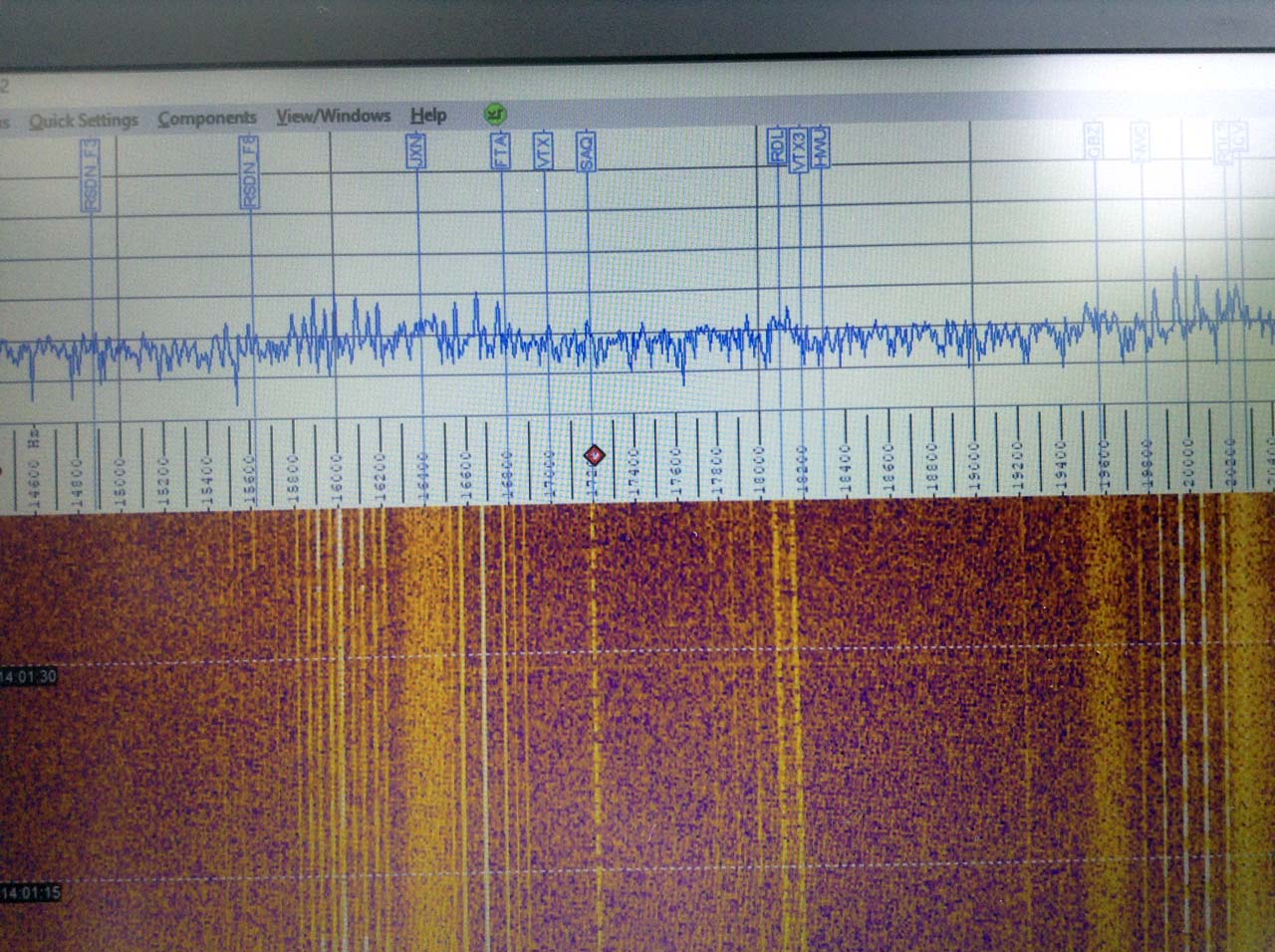 It is envisaged to build a VLF upconverter and use an analogue receiver. A better antenna is to be constructed as well.

A sincere thanks to all at SAQ for keeping the station in such a good condition and for offering the possibility to go back in time.