In a recent post, I reported about my situation, comparing it with CISPR limits and came to the conclusion that these limits do not offer the required protection to comply with the European EMC directive.

On the web, I found a report on the website of the European Communications Committee (ECC report 024, local copy), part of the CEPT.  The report was published in 2003.

It mentions a number of proposed limits, referred to as examples no. 1 to 5. These are explained from page 62 onwards. The example no. 4 is the only set of limits that comes close to protecting radio services, whereas the others do not.

The report shows that official bodies were well aware of the effects of the proposed limits and illustrates that the current limits do not protect radio services, but only the interests of the industry.

The next picture (page 93 of the ECC report) illustrates this clearly. 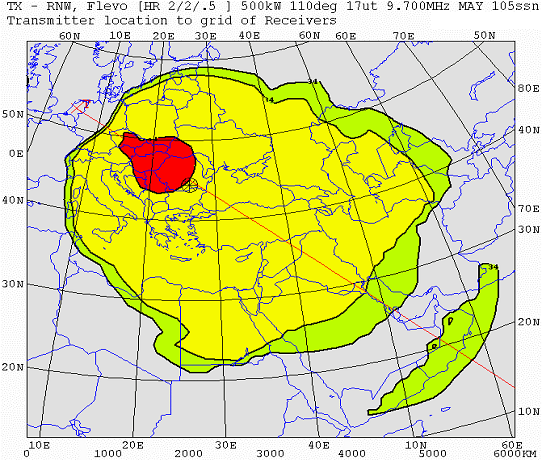 The picture shows the estimated/calculated coverage for three situations:

Green: residential environment with “man made noise” (without all the Chinese crap)
Yellow: example no. 2 limit
Red: example no. 1 limit (which is roughly the current “official” limit)

In short: the coverage of broadcast transmissions is decimated if the current limits apply, Only in areas where the broadcast signal is very strong, reception will be acceptable (the red area).
With interference with levels near the limit, reception is no longer possible.

Listening tests that were conducted during field trials with radiating equipment at limit levels show that reception was severely impacted or even rendered impossible.

The report contains some interesting tables and figures with regard to the required separation between the interference source and the “victim”. 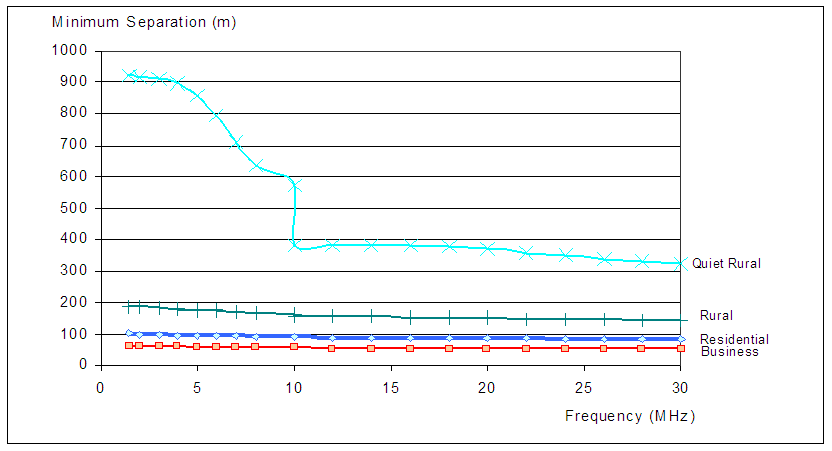 In rural environments, one has to be hundreds of meters away from sources in order to have “clean” reception.

The example no. 5 (which resembles the latest limits that the PLT industry pushed) requires separation distances of well over 10 kms in even residential environments: 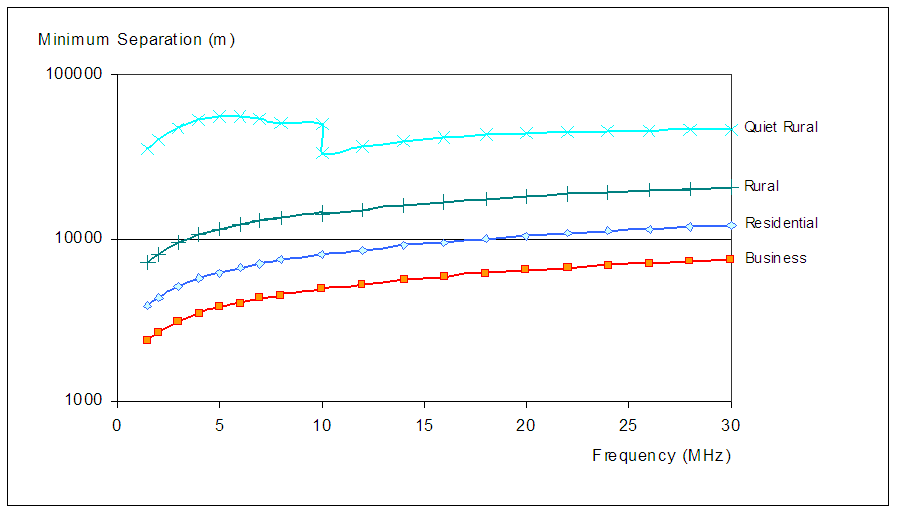 Conclusion
The ECC report underpins my earlier conclusions and with the current limits, states infringe international agreements like the ITU radio regulations (see page 56-57 of the ECC report).

It also illustrates clearly that the European EMC directive is a meaningless piece of paper.